Building T – Faculty of Social Work in Ghent, Belgium, completed in 2020, is presented and exhibited at the 43rd Salon of Architecture in the Belgrade’s Museum of Applied Arts, where Jurij Sadar and Boštjan Vuga received the »Guest of the Salon« Award. We were honored to participate and would like to thank the jury.

You can see the project here: Building T 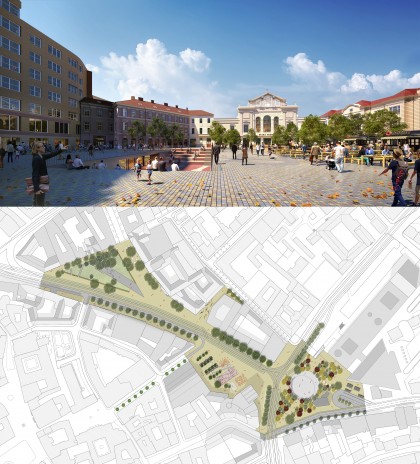 S+V was a part of the “Living square” competitive dialogue 2019/2020: SNP Square and Kamenné námestie Bratislava

Our office participated in a competitive dialogue revitalizing three of the most important urban areas in Bratislava.

Our contribution builds on the comprehensive approach to designing the three attractors in the old part of the city – each representing a unique character of each of the squares and relating directly to the micro context of the city’s monument zone.

Emphasizing the different and unique characters, respecting the culture and heritage, it also provides a platform for contemporary activities and large events. 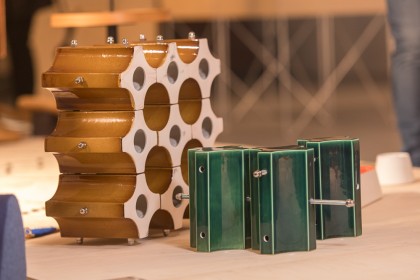 HELGA presented at the »Future of living« exhibition in Vienna

Our wine rack Helga is presented in the selection of the products which have received »Made in Slovenia« mark of excellence. You can find the exhibition in Designforum Vienna until April 25th.

Read more about the exhibition here.

Catch a glimpse of the exhibition here. 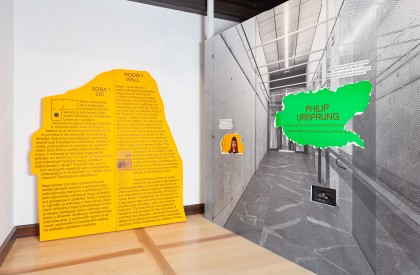 The »edu.arh: Practices in Architectural Education« VIDEO of the guided tour of the exhibition is out!

Social distancing has in the past year shown its full extent: visiting exhibitions became impossible. The opening of the »edu.arh« exhibition in the Museum of Architecture and Design in Ljubljana is followed by a video of the guided tour of the exhibition, prepared by curators Boštjan Vuga and Danica Sretenović. Next up, a catalogue of the exhibition is to be published in March! 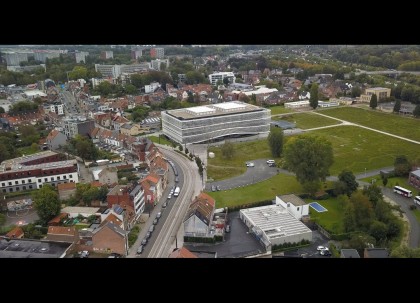 New video of the finished Building T is finally here!

The video of one of the two projects in Ghent (Building T – Faculty of Social Work, university HOGENT), finished in September 2020, is revealing everything we haven’t shared yet – from the city scale to the interior details.

Boštjan Vuga: “The role of an architect today is different than it was 30 years ago.” 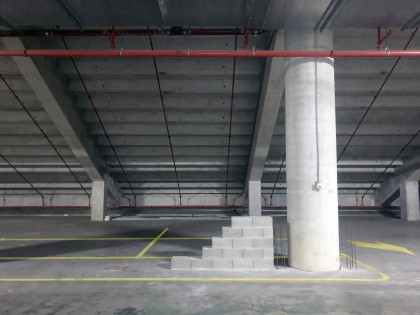 Construction of the Skatepark Stožice has officially started

Unused parking garage under the stands of the football stadium is converted into a new Skatepark Stožice – finally, this is the first adaptive re-use in the Sports park Stožice, which uncovers alternative possibilities of generating new recreational, professional and social centers.

The construction of the skatepark has officialy begun in January 2021. 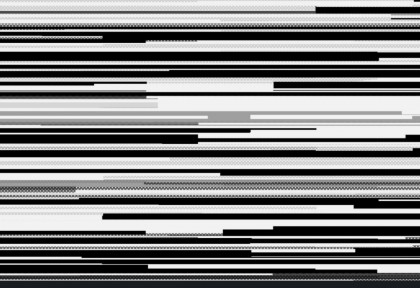 Boštjan Vuga at the AA London School of Architecture in 2020

From teaching the Diploma 13: ‘Porosities: The Giardini della Biennale as a Metaproject’ in 2019 as an AA Alumni, he continues teaching this year’s AA Diploma 5: ‘Porous! Public! Democratic Public Space by Boundaries’ together with Gabu Heindl.

DIP5 focuses on design interventions that respond to the burning issues of public interest in our contemporary environment. It interrogates connections between spatial and socio-political categories, drawing from the hypothesis that porosity is a link and a method to contest and establish different boundaries.

Eight years after winning an Open Call invited competition, the project of the HOGENT SOAG Building and the extension of the Sports Hall has come to an end. In September 2020 both buildings were successfully finished according to plan, handed over for use to the clients, and are already inhabiting numerous activities. 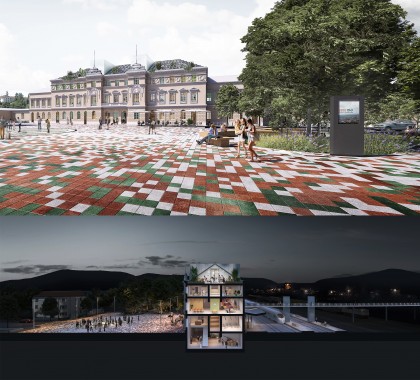 We won the 3rd Prize for the urban regeneration project; connecting the two cities of Gorizia and Nova Gorica by designing a common central area: » the Europe Square – Piazzale Della Transalpina (Trg Evrope) and the transcultural hub EPICenter. «

Our contribution builds on the reuse of the magnificent railway station building which is now mainly unused. Development of the multipurpose large piazza in front of it where the borderline between the two countries is blurred. The project is our contribution to the candidature of the GO 2025 Culture Capital Nova Gorica/Gorizia.

Urban strategy for the border zone between Italian Gorizia and Slovenian Nova Gorica is to be implemented in three steps: 1. Reuse of train station, renovation of plaza, the establishment of the urban axis, 2. Green axis – longitudinal park, 3. Activating the border – nodes.